Many species of pygmy seahorses were only discovered within the last century, so there’s still a lot we don’t know about them, and what’s more, is that many other varieties may yet be found! Pygmy Seahorses were discovered purely by chance, an incredibly happy accident. A scuba diver, intent on studying Gorgonian sea fans brought a specimen back to the lab, only to find that it was the host for a tiny hippocampus. Could you imagine how exciting it must have been to discover such a wonderful creature?

As we spotted a Hippocampus Bargibanti or Bargibant’s Seahorse at Batu Balong recently, we’ll be going into more depth about this particular species. 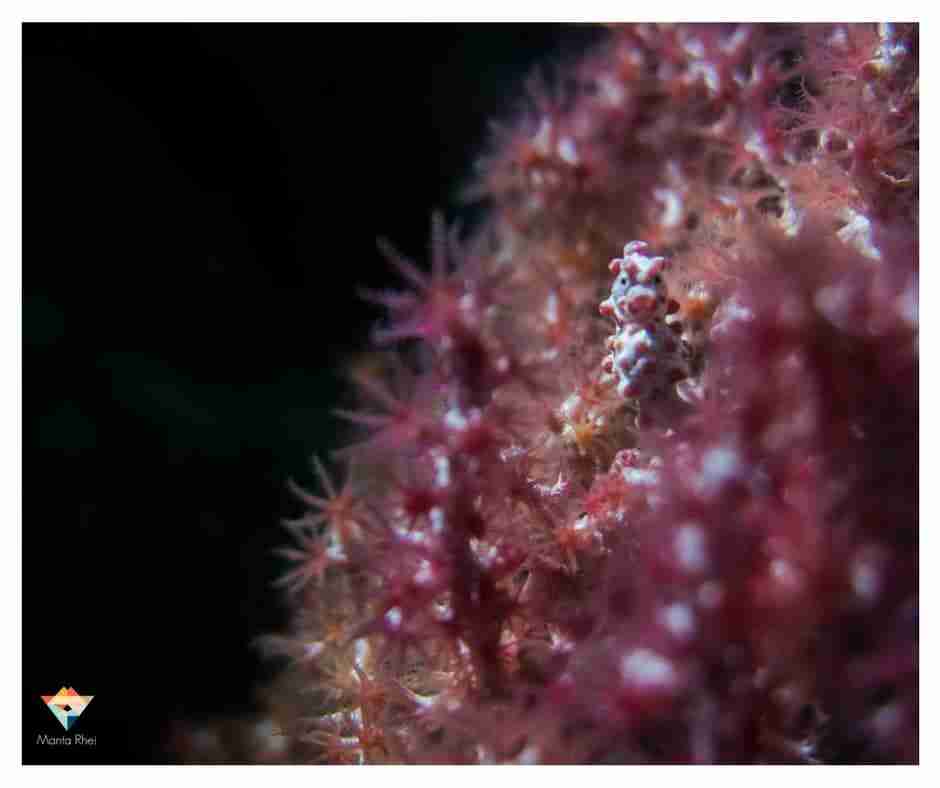 Pygmy Seahorses are distinct from your regular seahorse in that they only grow up to an inch in size, making these creatures amongst the smallest in the Ocean. Pygmy seahorses come in a variety of colours, what’s more is that they have the ability to morph colours. What is yet unknown is whether they have the ability to change colours if they move habitats. The Bargibant’s seahorse is the largest of all pygmy seahorses growing up to a maximum of 2.7cm in length. They have a fleshy head and body, a small short snout, a long tail capable of grasping and are dotted with tubercles. These tubercles assist the seahorse in camouflaging it with its host, the Muricella coral, also known as a Gorgonian sea fan. Their tubercles allow them to blend with the polyps that are found on similarly coloured sea fans. Currently, only two known colour transformations of Bargibant’s pygmy seahorse have been discovered, pale grey with pink or red tubercles are found on the gorgonian coral Muricella plectana, and the yellow hippocampus with orange tubercles found on the Muricella paraplectana. 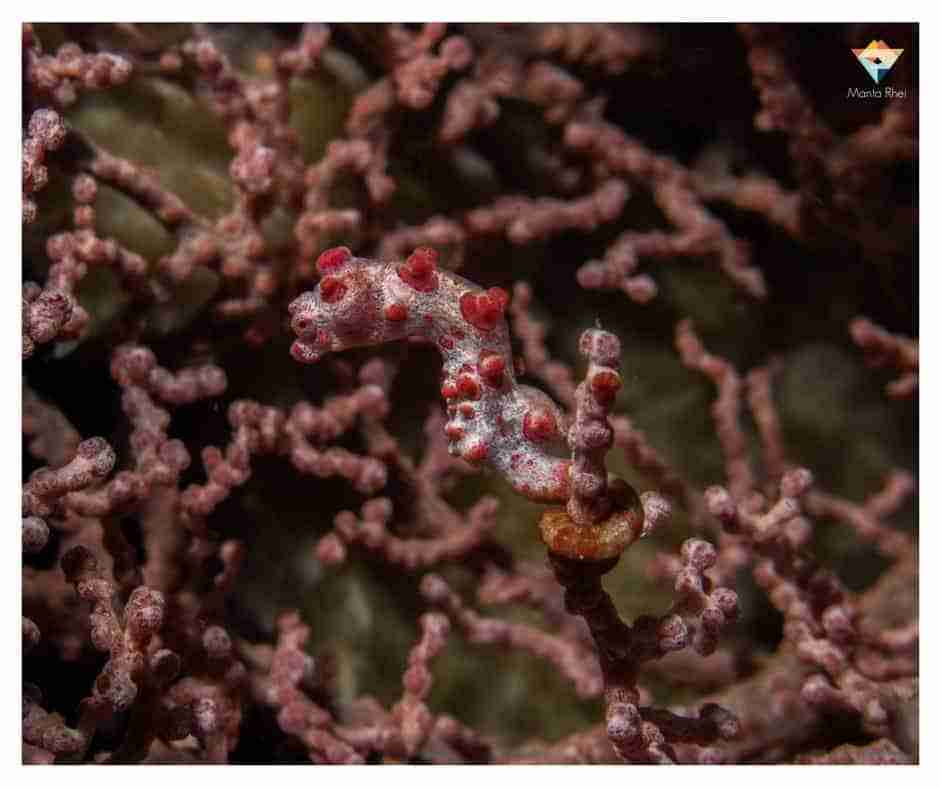 Where do pygmy seahorses reside?

Bargibant’s pygmy seahorse has only been found to reside on gorgonian sea fans. They have been found at depths of 16 to 40m. The largest number of pygmy seahorses found residing on one coral host is 28 pairs. Muricella sea fans consist of a central internal skeleton, that is both strong and flexible. They branch off in a dense tree-like pattern, creating a curved fan shape that sways in the current. Bargibant’s pygmy seahorses live in symbiosis with these corals, adapting to their aesthetic look and residing within them for most of their lives. 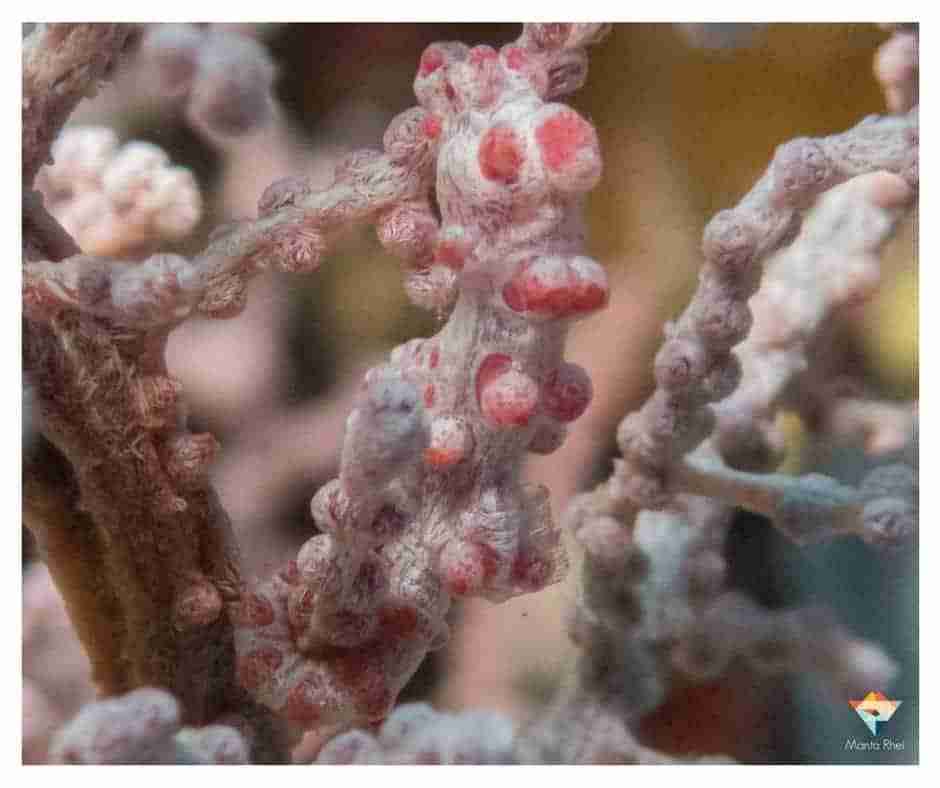 What do they eat?

It is unclear exactly what pygmy seahorses feed on, however, understanding that seahorses tire quickly when swimming, food must be in the immediate vicinity. It is believed they feed on the plankton and nutrients that their coral host provides them. Other than this, they also may feed on small crustaceans like young brine shrimp.

How do they reproduce?

It is thought that pygmy seahorses are monogamous creatures. They reproduce as other seahorses do, with the male gestating and giving birth to offspring.

Where in the world can you find one?

Bargibant’s seahorse can be found in coral reefs in the tropical western Pacific. Countries known to have these miniature creatures are Indonesia, the Philippines, Japan, New Caledonia, Papua New Guinea and Australia. 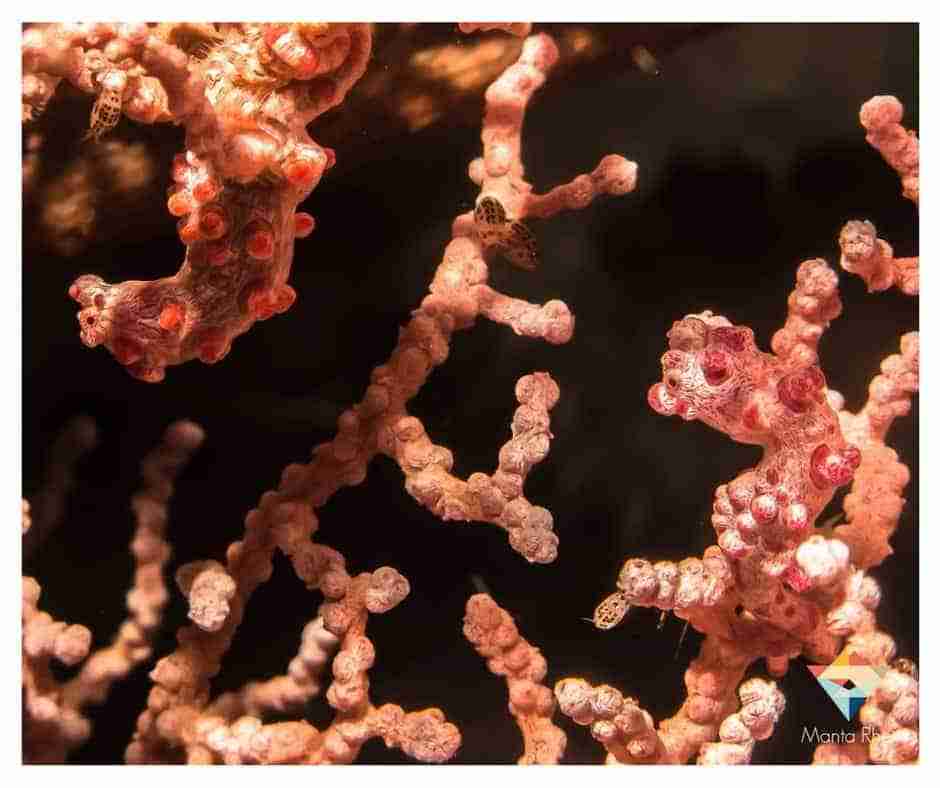 But what about in Komodo National Park?

We have a few specific dive sites where these pygmy seahorses are known to reside. One of which being Batu Balong, another being Crystal Rock. Finding a pygmy seahorse on a sea fan is like searching for a needle in a haystack, virtually impossible. But when you?ve found one, it?s hard to believe what you?re actually looking at. These creatures are so unbelievably tiny that you even start doubting what your eyes are seeing; is it a seahorse, or is it just an appendage of the sea fan? A few of our dive masters here at Manta Rhei have a keen eye for spotting these tiny marine animals, so if you?re interested do let us know, we can try our best to help you find one!