HERE BE DRAGONS. Certainly not the fire-breathing kind, but might they still eat me?

The word “dragon” is one most used in story books, myths and legends. But when you first lay eyes on one of these massive prehistoric-looking creatures, you might find yourself wondering if you somehow walked through a time-portal back to the Jurassic era.  Watching the dragons amble fluidly forward through the savannas or on the sun-beaten shores of Komodo’s mountainous islands is a truly awe-inspiring experience.

Perhaps when planning your trip to Indonesia to see these famous beasts, you’ve had a twinge of doubt. Considering that they can run up to 20 kph and eat 80% of their body weight in a single sitting, seeing dragons up close might not be so fun after all. Perhaps you’re a little worried it’s the last thing you’ll see.

If so, you’re not alone. With some of the biggest dragons growing to over three metres long and weighing over 150kg, you’d be foolish to think of them as safe and cuddly. Recently, the BBC Natural History unit displayed Komodos at their most exciting, and perhaps terrifying: hurling themselves at each other with all their might as they fight for dominance.

Komodo dragons are actually the largest species of monitor lizard, but unlike their smaller cousins, they have a bite force up to five times more powerful than that of a human being. Backwards-facing teeth serrated similarly to that of a shark’s make their bites more damaging, giving Komodos the ability to tear flesh easily and create massive wounds.

To top this off, it’s been recently discovered the dragons have venom in their saliva that prevents blood clotting, making their victims bleed out after a bite. They’re even known to take down massive water buffalo, waiting weeks for the animal to die from a single bite.

Now you have an animal that sounds like it could be truly dangerous. Worried yet? Good – it means you have a functioning brain. 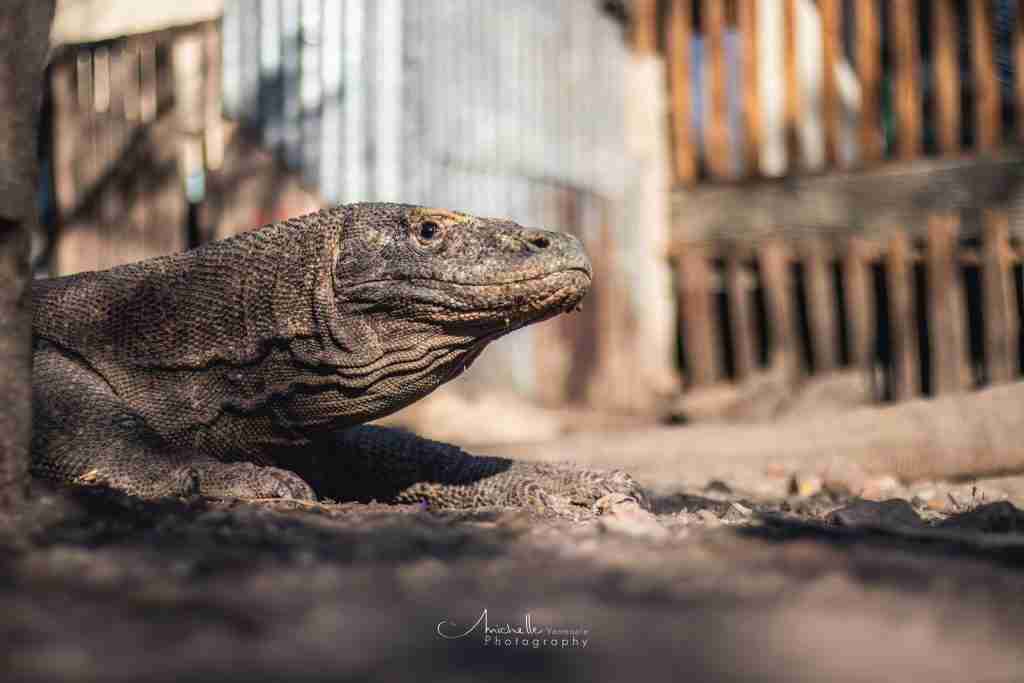 Can the dragons hurt people?

Before Komodo dragons become the star of the next “JAWS” knockoff attempting to haunt children’s nightmares, let’s carefully evaluate whether we should vilify them. (Did anybody bat an eyelid at “Sharknado 4”? How about “Piranha 3”? All we saw were a lot of biologists sighing and shaking their heads in disappointment.)

First things first, you have to be aware that the dragons can and have bitten people in the past in Indonesia. When they do, just like shark attacks, dramatic stories  of ‘attacks’ and ‘maulings’ are plastered all over the media. But even then, most outlets still admit that it’s a rare occurrence often caused by foolishness on the part of the victim, not the dragon’s aggression.

Take the Singaporean tourist who decided to explore Komodo island alone without a guide to save money. Disregarding villagers’ warnings to keep his distance, he approached a group of the dragons with his camera while they were feeding. His reward was not pretty pictures, but a bad bite to the calf which sent him to hospital. National park officials said it was the first recorded incident with a dragon in five years.

Barring people who don’t seem to understand animal behaviours as basic as food defence, common to a cat or dog, other National Park visitors are still at risk. In 2008 a group of unlucky divers were spirited away by Komodo’s currents, and due to some slowly enacted safety procedures, their dive centre’s boat failed to find them. They washed up on Rinca island, where they had to keep Komodo dragons at bay until rescued by an Indonesian search and rescue boat two days later.

Even experienced Indonesians are sometimes injured by the dragons. It’s, in fact, local villagers and rangers rather than tourists who are the most common victims of Komodo attacks. This is probably purely because they spend more time around the animals, and are therefore more likely to stumble upon them accidentally. In 2013 a park ranger was bitten after being caught unawares by a Komodo that had wandered into his office, the dragon having effectively cornered itself under his desk. Another National Park employee was bitten helping the surprised ranger get clear of the animal.

Could a Komodo dragon even kill me?

While the victims generally survive these incidents, some have died in the past. These include a villager who fell from a tree picking fruit and an 8-year-old boy going to the bathroom in the bushes. The latter was a year when the dragons were particularly hungry, as the region of Indonesia was suffering a drought.

But the full truth is that deaths from dragon bites are actually so rare they are the exception rather than the rule. In the 34 years leading up to 2012, the administration of the National Park recorded 24 attacks by Komodo dragons in Indonesia, with just 5 of these being fatal. That makes an average of less than one human killed by a Komodo dragon every six years.

There are only around 4000 dragons left in the wild on just 5 of Indonesia’s islands. This makes comparing the attacks to statistics for other animals difficult. But even taking this into account, the picture starts to get a lot clearer and more reassuring.

Extremely rare attacks by sharks are estimated to kill just 10 people a year worldwide. Komodo dragons’ reptilian relatives the crocodiles are responsible for 1,000 or more deaths per year. Perhaps more surprisingly, man’s best friend is even more deadly, with dog attacks accounting for over 25,000 deaths a year worldwide. The humble mosquito comes first in the list of humans’ greatest animal foes, with the diseases they carry claiming an estimated 725, 000 lives a year.

And who comes second in the list? You, the human being – arguably the most deadly creature of all to most species on the planet. (Ever thought how terrifying we must be to a pig or a chicken? If they told their babies scary stories, we’d be the boogeyman in every one.)

How to see the dragons safely

That doesn’t mean, however, that Komodo dragons are perfectly safe animals to be around. You obviously shouldn’t try to stroke one or give it a cuddle, just because you’re more likely to be killed by your dog. Like any large predator whose behaviour you’re not familiar with, it’s imperative you keep your distance from the dragons – especially when they’re eating. Respecting their personal space won’t only give you more time to react if they move towards you, but will also avoid you potentially causing them stress.

Amongst our diving and snorkelling tours here in Komodo National Park, Manta Rhei runs Jurassic Days where our day trip or liveaboard guests have an opportunity to see the dragons. We take you to see the Komodos on Rinca island after exploring the Park’s beautiful waters, where you can see sharks, spot sea turtles, and swim with manta rays.

PrevPreviousTop 10 Things to Do in Flores
NextEverything you need to know about diving with manta rays in Komodo.Next