diving with Manta rays in Komodo

Manta rays. You’ve probably heard all about these gentle giants of the ocean currents. It’s the dream of every diver to encounter one on scuba, but how do we treat them? What can you do, and what shouldn’t you do?

The graceful Manta ray is a stunning member of the devil ray family, and native to the waters of Komodo National Park. These large rays have a distinctive body shape with triangular pectoral ‘wings’ and paddle-like lobes extending in front of their mouths. They are generally dark on the upper surface, ranging from black to greyish-blue and brown, with pale undersides. Individuals have a unique pattern of blotches and scars that can be used to identify them. The large, cavernous mouth is situated at the front of the body, but unlike many sharks, Manta rays do not actually have teeth. Instead, they sieve the food particles out of the water using rows of tiny plates in their mouths, which they funnel in their mouths as they swim. Manta rays eat tiny marine organisms including microscopic plankton, small fish and crustaceans.

Like every family, the marine family also has an overachiever in their midst. And this title undoubtedly goes to Manta rays. They’re colossal, charismatic and basically the Einsteins of the sea. Mantas have giant brains, the biggest of any fish in comparison. Inside their brain they have, unlike any other marine life animal, specially developed areas for learning, problem-solving and communicating. The immense rays are frisky, curious and there are studies that show they might even recognise themselves in mirrors, a sign of self-awareness. In the water with these guys, you get the sense there’s a lot more going on in there than your average fish, Mantas will go out of their way to come interact. In this respect, they act much more like a mammal.

It’s safe to say that interacting with marine life is one of the most spectacular and special things that can happen while diving. Few experiences can top diving or snorkeling with a Manta ray. Every year tourists spend an estimated US$140 million to see Manta rays in the wild. As a result, tourism can form part of the solution to combating the issue of the fishing of Mantas around the world, providing many countries and governments with a strong economic incentive to protect these animals. By going out to dive with a Manta, you are helping conserve one of the ocean’s greatest treasures! 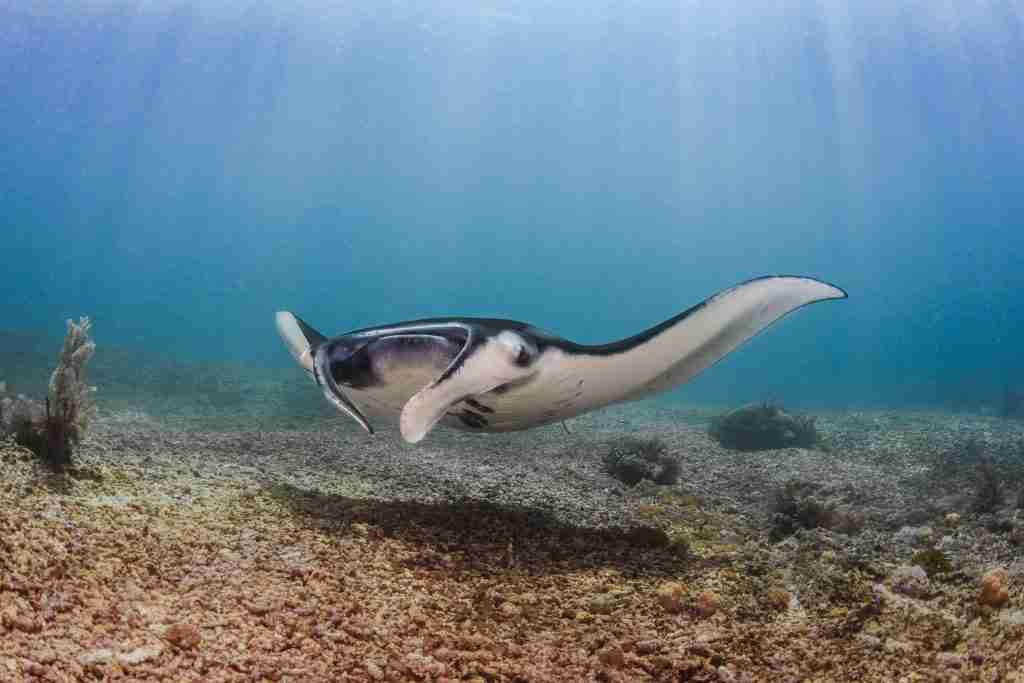 But Manta tourism needs to be sustainable. Mantas are very sensitive to disturbance, and if left without proper measures, tourism has the potential to do more harm than good. There have been occasions where uncontrolled human interactions have negatively impacted local Manta populations, driving them away from important areas where they clean, feed or breed.

How to behave when encountering Manta rays

To dive in a respectable way with these gentle giants, there are guidelines that outline how divers and snorkelers should behave in-water, to both enhance their experience and to ensure their presence does not disturb the magnificent Mantas they encounter. 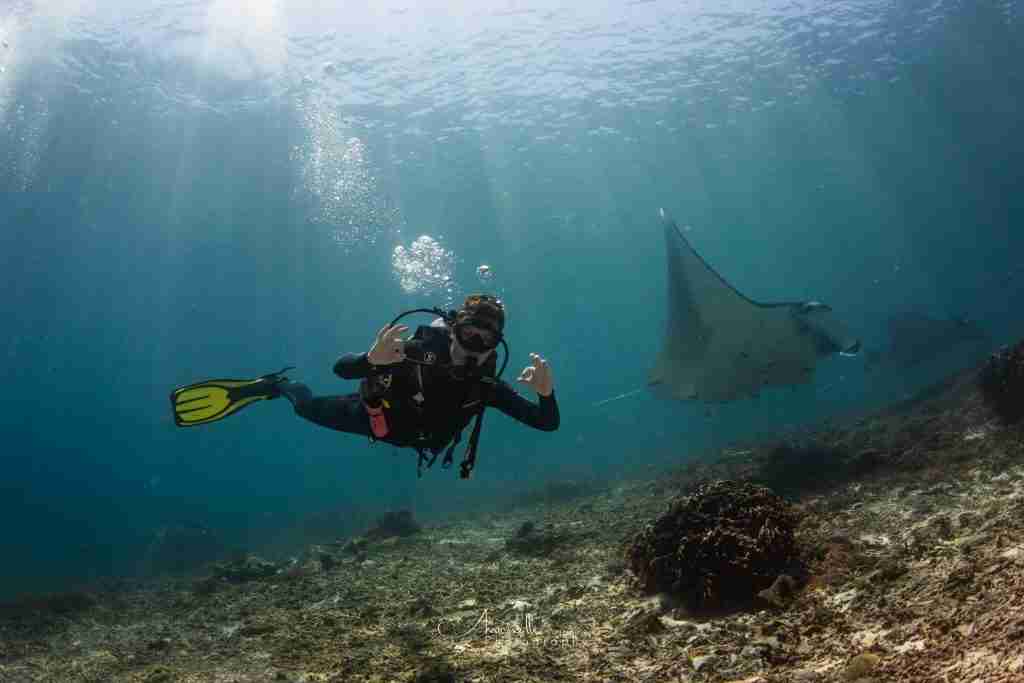 So now you have read all about how Manta rays behave, how smart they are, and how you can best behave around them. We hope you understand that it is crucial that you as a diver hold these animals in high regard. Respecting and giving them adequate space and time serves the dual purpose of allowing them to express their natural behaviour, and ultimately giving you more time and enjoyment with them.

Allow them to approach you and they will reward you for it.

Because there are around 1200 Mantas in Komodo National Park, at Manta Rhei we brief our divers before every dive according to MMF (Marine Megafauna Foundation) standards, this to create awareness and to make the dive enjoyable for as well the Mantas as the divers.