Corals flourish in abundance within the waters of Komodo National Park. It?s a truly special place, being the only location where two oceans (the Indian and Pacific) meet and their marine life mingles. Colliding currents coincide, bringing nutrients in bountiful measure to the many varieties of marine life that exist here. With over 250 species of hard and soft corals, it?s hard to narrow down our list to just a select few. I?ve gathered together a short but by no means definitive list of corals which you?re bound to come across diving here in Komodo. 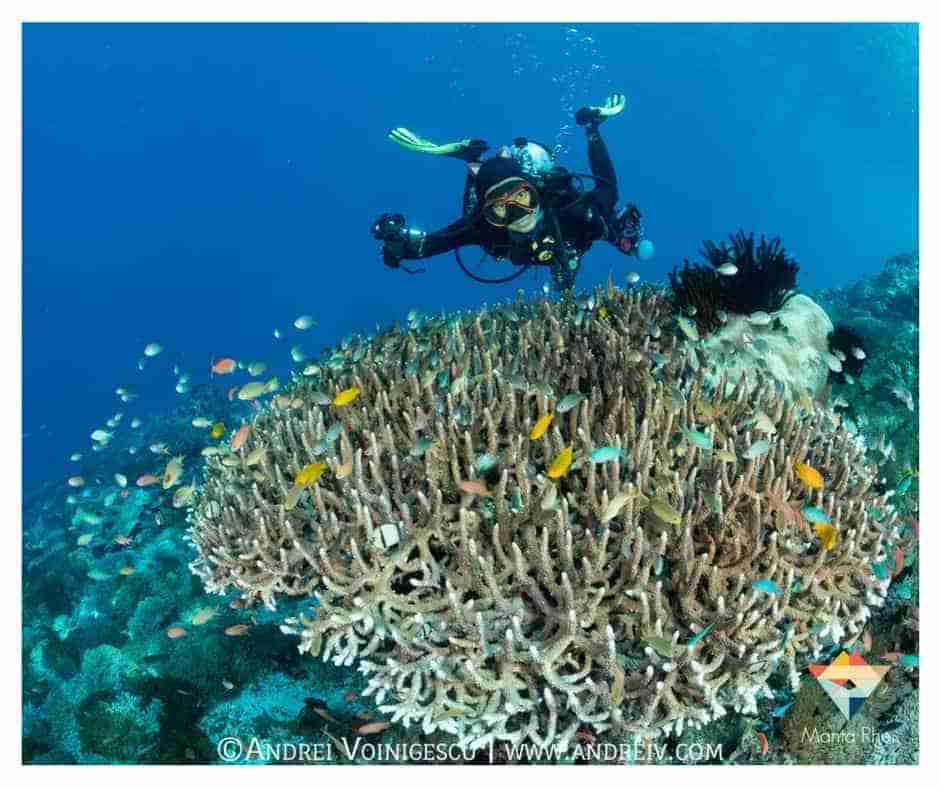 Staghorn coral are one of the most common of the innumerable Acropora Corals found in the Indo-Pacific region. The colour of Acropora corals can vary in the spectrum from creamy white to blues, pinks, greens and purples, to name but a few.? They have adopted their name due to their long tapered tree-like branches that resemble the horns of a stag or elk.

Staghorn corals require sunlight, as a result these stony corals are found to form vast thickets in protected shallow areas. These corals live in symbiotic harmony with the algae that reside within their coral stems. Just as they provide residence for Zooxanthellae, the algae assists the coral with photosynthesis.

They are one of the fastest growing corals and therefore are wonderful reef builders. However, like all things in nature, their ability to grow quickly is balanced by how prone they are to variation in temperature, environmental imbalances and storms.

Staghorn corals can also form into delicately structured table corals that can extend up to three metres. Table coral is another genus of Acropora Coral, they extend from a single point connected the the sea floor, providing shade and habitats for many species of? marine life. This corals key to survival lies within its table like shape. The greater surface area equals maximum exposure to sunlight. This allows for ease of photosynthesis by means of the algae that live within their cells. This genus of coral much like the stag horn coral act as excellent reef builders.

A sea whip is so aptly named due to its long whiplike growth pattern. It consists of many colonies of polyps that grow similarly to a tree branch, however on a single stem. They appear to be colourful, but this is in fact their fleshy skin, because in reality they are known as ?Black Corals? due to their black inner skeletons. Whip Coral can be found on walls and reef flats, growing up to two metres long. This kind of coral is a suspension feeder, reaching into the current to catch plankton with their tentacles that extend from each polyp. Whip Corals are common all across the Indo-Pacific Ocean.? 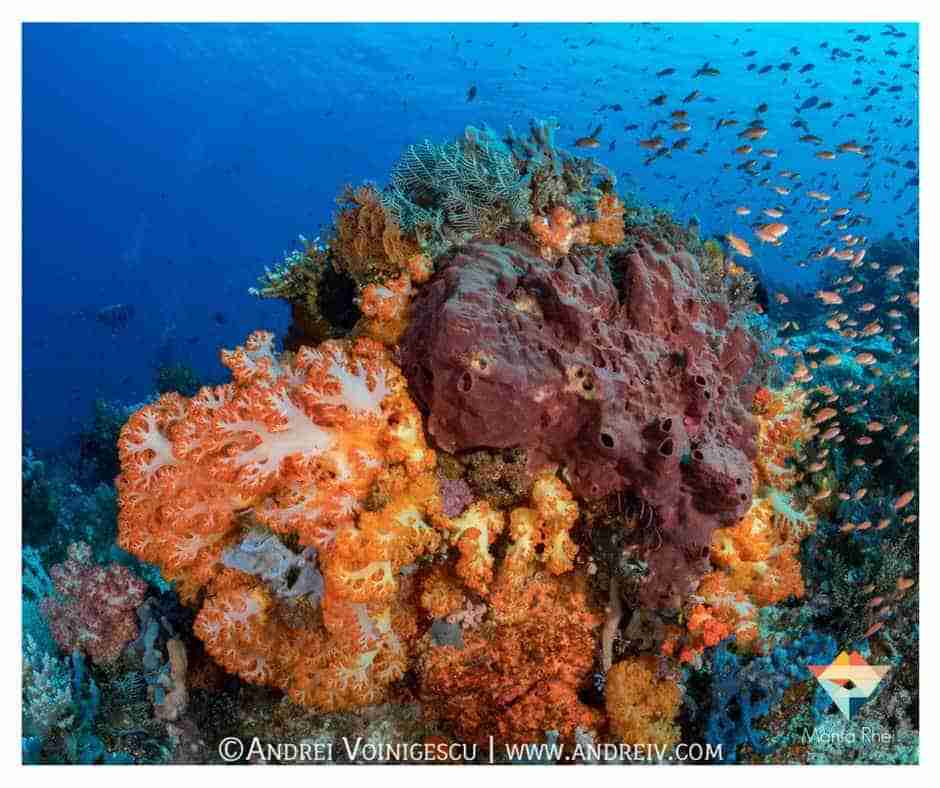 A common soft coral found all over the Indo-Pacific region. This kind of soft coral is a member of the Dendronepthya genus, usually residing in areas with average to intense currents. Soft corals tend to require less light and as a result tend to live in areas of softer light exposure at least 10m below the surface. Soft corals belong to a group of animals called Cnidarians. This group also includes jelly fish, sea fans (gorgonians), hard corals and anemones. This specific soft coral is most commonly found to be orange or pink.

Fire coral is vividly coloured, appearing much like a flame in colour and shape. Shaped like big rocks, they are usually fairly easy to spot. These corals are most commonly found? in shallow reefs where optimum levels of sunlight are available. They take form in clusters of bright yellow-green and brown, their branch like forms turning white at the tip. Fire corals are more similar to jellyfish than coral in that each of their polyps contains tentacles that are brimming with stinging cells. Take note that this coral is literally hot fire flame when touched, creating an intense burn on any unfortunate victim that happens to brush against them.

The importance of corals is tantamount. Without corals, reef life could not be sustained. Corals provide habitats for the many species of marine life residing in the sea that hug the shores of Flores and Komodo National Park.

The documentary ?Chasing Coral? is a must watch for any coral aficionados out there. I won?t lie to you, it brought a tear to my eye to see so much vibrancy of life disappearing from our oceans. Keep yourself in the know, have a gander at some of the conservation pages I’ve linked below. Preserving such a vast eco-system should be at the top of every conservationists to do list, after all, it?s the only ocean we?ve got.